The mystery of God’s love

that had been hidden through out eternity

but entered our reality through Jesus;

Emmanuel, God among us and for us

This Jesus, he healed the lame

he gave sight to the blind

and with the worst of sinners he would humbly dine

He performed miracles and fed

and raised the sick from their bed

He redefined the empire

he torn down shame

he determined there is no one, no people to blame

he told a new story

and developed a new category of life, called eternity

This Jesus, this God-man, he was doing good things

he resurrected his friend

and even claimed to be king

king of all people–not just the Jews—

and he promised he’d bring a kingdom renewed

He is the long hoped-for Messiah

“the one who saves”

This messiah and king was wrongfully accused

Jesus was abused and brutalized

he was hung on a cross yet all was not lost

that seemed to be a complete catastrophe

was all part of God’s obscurity

The aim of the cross was to disclaim, ridicule and defame Jesus;

a signpost to proclaim and shame Him

yet in the greatest juxtaposition

the cross was used by God in a holy declaration

making his rightful proclamation as King

Jesus exchanged the cross for the crown

in an exhibition of his royal coronation as king

… yet the mystery remained

The king was buried, His body laid in a tomb

A tomb… a tiny chamber contained the remains

Of god in the flesh… our god, our god and king

His glory and splendor no mere human could render

His power and love shroud in linen

But that’s not the end of the story…

In the grave God contained all his glory

like pure poetry in a display of perfect allegory

His plan and purpose yet to be revealed

So when the Mary’s went to the tomb

consumed by agony and doom

an angel of the lord asked them:

“Why do you look for the living in the grave of the dead?”

Our lord is not dead, He is resurrected instead…

tell your roommate, your classmate, your coworker, any on-looker that…

Jesus is alive!!!! Our God and King is alive!

grass unmowed
what will the neighbors say

neat lines, I wish made a distinct presence on my yard
however, so unevenly displaying
to the outside
the imperfection inside the house
which mustn’t be exposed;
for this is the American way!

neat lines debase the authenticity of life, which is gloriously dirty

dirty nails, a sink full of dishes, untidy rows of grass
are the heartbeat of life…

wind whipping wildly
affecting the leaves of the trees

like a crop against a mare’s hind
lashing and impeding
the beauty and origin of a leaf’s duty:
to catch the rays

wistfully whirling
engaging the presence of
a sinister benevolence
causing such strength and tenacity and grace
and, oh, how they dance

So Says the Daisy to the Sun

“What if I were to say,”says the daisy to the sun, “that I will not bare my beauty to the world if you do not shine down upon me more often.”

So says the sun to the mere daisy,”my already beautiful dear, do you not understand that you would not be speaking to me these passing words if I had not already bared you my coruscating presence?” 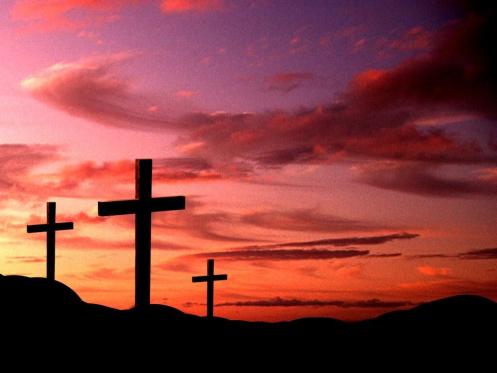 About two months ago our Pastor of Worship Arts challenged our congregation to be more intentional in our physical expression of worship. He used a certain song, simple, yet profound, to instigate this change through a song entitled “White Flag.” I left the service with my nine-year-old son, who commanded me, “we need to download that song!” Along with his personal enthusiasm for the song came my own personal desire to dive deeper into the lyrics. One of the lyrics played over and over in my head, “we lift the cross, lift it high, lift it high… (repeat, and repeat and repeat…)”  I realized while reflecting on these words that I did not have the greatest grasp on the enormity, or, for that matter, WHY exactly we need to lift the cross high.

So, the first place I went was Luke and I sought out what Jesus had to say…

Holy Trinity, Unfathomable God; how we thank you for your multidimensional form, and how we are truly blessed by each of your members, our Triune God.

We thank you that through your Son we are able to experience the loving-kindness that you so lavishly give and continue giving to us; may the tides of your grace continue to flood our hearts; so unworthy, but so utterly loved by you. Lord, may we not put up walls of shame, or guilt, or pride, but may we honestly, joyously, and eternally express our thankfulness and acceptance of your eternal gift of grace.

God, who is love, whose love will never end, who redefines love on the cross; we know that the message of the cross is complete stupidity and madness to those who do not know you, but to us who believe in you, it is where your power and wisdom shatter the shackles of darkness; love conquers all.

Holy Breath, Spirit of Power, One Who is as near to us as the air we breathe; you are the oft forgotten and neglected member of the Trinity, but we must remember that you dwell within us and empower us to live-out the Good News of Jesus. We thank you for your presence in our lives and your activity in the furthering of His kingdom. May you grant us courage and embolden us to your mission.

Thank you, God and Father. We love you with all our might! Praises be to you: God the Father, God the Son, and God the Holy Spirit, forever and ever. Amen. 2 Corinthians 13:14

Good God, Perfect Love, Heavenly Father, we often forget that You hold everything together; that when heaven and earth meet in a “kiss” it displays the beauty and intimacy of your kingdom; a kingdom that never ends, so tender and eternal and true. In these moments when your kingdom crashes into our present time we must step out in faith; we must say, “our God reigns.”  When we step out in faith and choose to believe, we are able to enter into your peace, your presence, your love.

Lord, we know that your love reaches beyond eternity, and we are called to respond in faith to your call to love, but it is often difficult for us. So God, we ask that you soften our hearts and knead our spirits, so that we may be able to display your love more completely. Lord God, give us the tenderness and compassion needed to be a people who display your love in all we do; may we breathe Jesus, live Jesus, love Jesus, embody Jesus; may we proclaim the reigning love of the only true God in all we do. God grant us the ability to display this love of Jesus Christ—completely perfect—in our imperfect way.

Thank you God for loving us with a love so forgiving and pure and sweet that we are not able to deny you, for your “grace upon grace.” For you are Almighty, the Holy Perfect God we adore–who loves so, so, so completely, and gives so, so so, lavishly. Thank you God for the incorruptible love that You continually grant to all of us, and the indispensable love You call us to; love never fails.

Father of perfection, boundless grace and love; we pray, as we challenge ourselves to this love and offer you thanksgiving; in Your Son and our King Jesus’ name. Eucharistos. Amen and amen. Eph. 6:23-24

May the Lord God who is able to grant us favor and possess for Himself “us” as a people: may we be able to say that the light of Jesus’ face is present in our lives, and that we willingly respond to the light that has shone in our hearts, so that we may be beacons of hope to those we encounter. Precious Father, may we be willing and always wanting to stand in your presence, showing compassion for ourselves and others; as you are forever gracious to us, let us be forever gracious and holy merciful. Beautiful God, whose glory is yet to be fully revealed, may we look with abundant joy upon Your heavenly presence. And may your peace abound, Lord and Father, in all of our lives; may we truly know the power of your presence, as the great and Holy God, who grants us a “holy state of peace,” regardless of our unsettled spirit in the present state. Lord we thank you that our lives are not defined by the “things” of this world, but by the  ridiculous generosity that you have so lavishly placed. Eucharistos. May peace and well being be found in us, Lord, as we continually reflect you; our hope, our peace. Praise be to your glory. Amen. Numbers 6: 24-26

Lord God, there is only One Lamb, spotless and holy-perfect who willingly died for the sins of the world: his name is Jesus Christ. Father, may we seek and truly know the power and presence, might and mercy, love and forgiveness, abundance and knowledge that is found in and through Jesus Christ; to Him be all glory and praise. Eternal One, Son of glory, to the one who sits in the presence of the God of creation, may all praise and honor be yours; to you, who offered up yourself as the ultimate sacrifice, may joy be accredited to you and may your fame be spread throughout the world. To you who is forever able, may all glory and praise belong to you. Eucharistos. Amen and amen. Rev. 5:12-13